Everyone aims to see the “Big 5” close up on safari in the African Wilderness but don’t always get the chance. But there are plenty of other wild animals that will provide some excitement, are awesome to behold or just strange and odd and different. 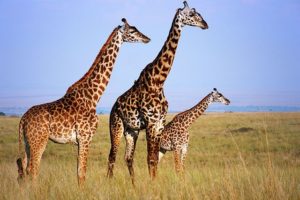 The giraffe simply has to top the list as one of the biggest and absolutely beautiful animals to grace the African bushveld. Their elegance goes unmatched in the wild and it is simply mind boggling to watch their long legs perform the simple act of running. The long lashes framing their large, beautiful brown eyes will make you fall in love instantly.

The cheetah is the fastest animal on land and like most African creatures has a colorful coat, similar to that of a leopard. Unlike most of the big cats, cheetah do not hunt at night but in the early morning or evening when the light is low. This is mostly due to the fact that they have poor night vision but it makes it much easier to find and spot these magnificent cats, especially on the hunt as their speed is something to witness. 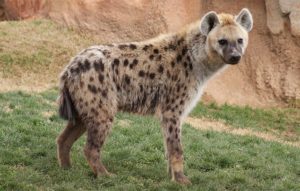 Hyena are the lauging stock of the African animal kingdom and you are likely to hear them giggling away into the early mornings. While these canines are considered to be scavengers, they do hunt smaller prey but in large packs will take on larger wildlife but will eat just about anything. In defense of a kill or to steal a kill, they will take on a lone lion. They also sport the strongest jaw in the animal kingdom to crush and break thorugh bones easily. 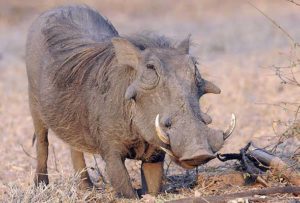 Another underated species is the warthog (conisdered the ugliest creature in Africa) who is not afraid to attack anything or anyone when rattled. They normally travel in packs with their tails raised high in the air like aerials trying to pick up a signal. The piglets are simply too cute and mom and dad will fiercly defend their young with their two strong tusks. 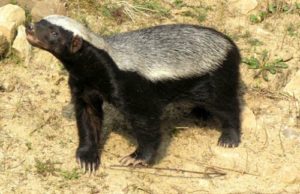 The honey badger is definitely one of the fiercest animals in Africa. It will attack snakes, lion and anything else relentlessly. It’s thick hide protects it from bee stings while it forages for honey and the penetrating fangs of snakes and also prevents it from feeling pain. So even if it is injured, it will continue attacking and fighting. 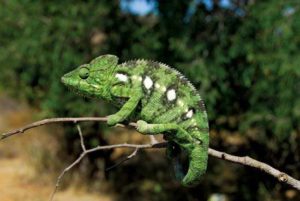 One of the smaller creatures in the wilderness, the chameleon is one of the strangest looking animals you will encounter. Not only is it’s color changing ability awesome but it’s two eyes never seem to face in the same direction while constantly scanning for insects it can catch with it’s super long sticky tongue. It is truly lucky to spot one of these masters of camouflage in the wild. 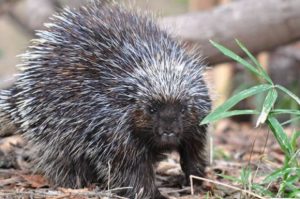 The only similarity that a procupine has with a hedgehog is that it has spines. This animal is much larger than a hedgehog and it’s spines are therefore much more formidable. Even the largest and bravest animals in the wild will think twice before taking on this creature. You should also take caution when you spot one of these animals in the wild and it is best to move away quickly when it turns it’s back on you or you may become a vicitm of a few puncture wounds.

Keep your eyes open on safari for some of the lesser known animals that litter the African wilderness and see if you can find your favorite.