The Seven Wonders of Africa

On February 11, 2013, a competition was held where seven natural events and sites were selected by voting. These seven nominees are found in the continent with some in one country while others span across several countries. They include natural landforms and events that occur naturally without human contribution.

This hot desert covers an area of 9,200,000 sq. km. and is the biggest ht desert in the world. It is number three in size after Antarctica and the Arctic and it covers most of North Africa.

It covers large parts of 10 countries in this region and it’s about a third of the total land mass of Africa. The countries covered by this massive hot desert include Morocco, Western Sahara, Algeria, Tunisia, Libya Mali, Niger, Mauritania, and Sudan. The sky is always clear over most parts of the desert and very little rainfall is received in this area.

Mount Kilimanjaro is the tallest mountain in the continent of Africa standing at a height of 5895 meters above sea level. The mountain is part of the Kilimanjaro National Park. In the recent years, there has been evidence of disappearing ice fields and shrinking glaciers in the mountain which has been majorly attributed to climate change. 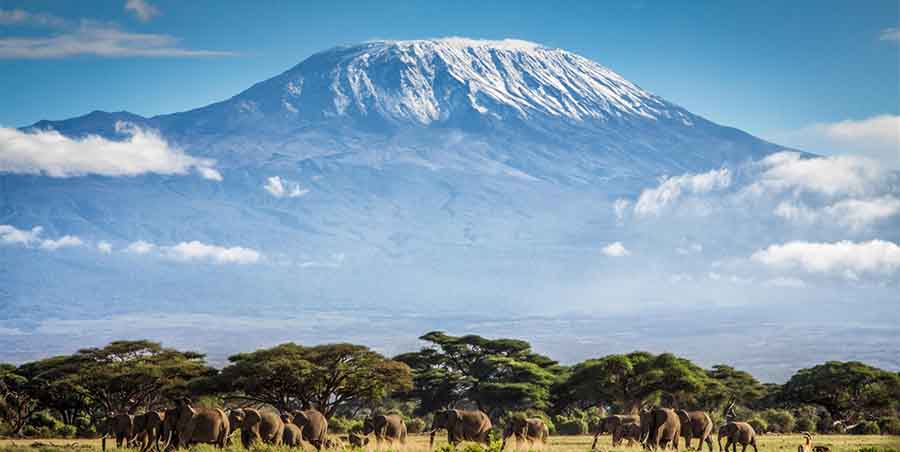 Mount Kilimanjaro consists of three volcanic peaks, with Kibo being the tallest, Mawenzi, and Shira is the smallest. Shira and Mawenzi are extinct volcanoes while Kibo is an inactive volcano.

This is an international river with its drainage cutting across several countries in the continent such as Ethiopia, Egypt, Kenya, Tanzania Uganda, Burundi, DRC, Eritrea, South Sudan and the Republic of Sudan. It is regarded as the longest river in the world, though some sources contradict this citing Amazon River as the longest. 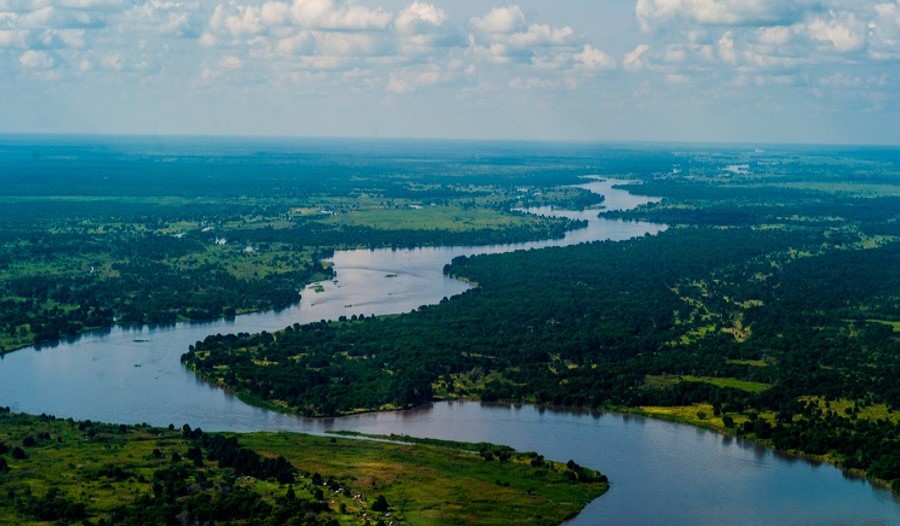 A swampy inland delta in Botswana formed by Okavango river at the point where it reaches a tectonic trough in the Kalahari Desert. The delta is in the UNESCO’s list of World Heritage. Due to high temperatures in the Kalahari, all the water in the delta is transpired and evaporated with none reaching the sea or the ocean. 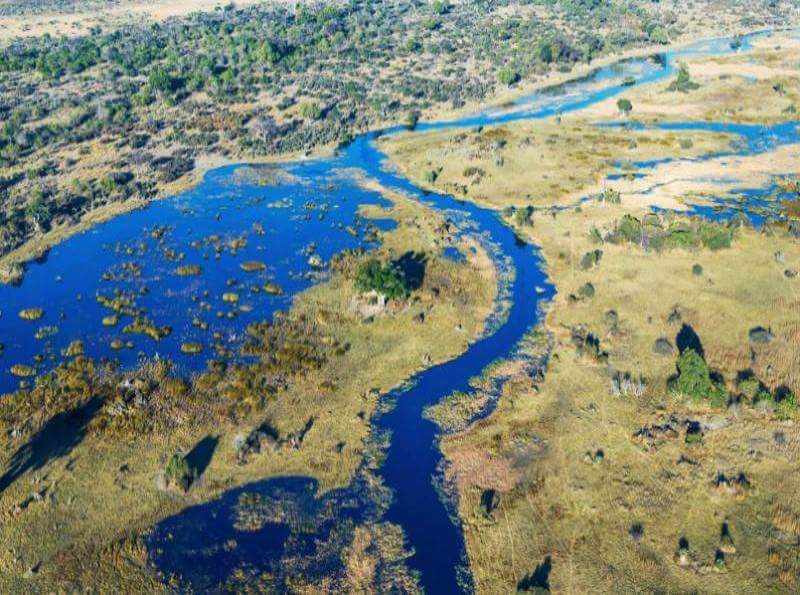 The delta is majorly sustained by seasonal flooding as Okavango river drains summer rainfall from the Ghanaian highlands which occurs in the months of January and February. The water surge in the river the spreads over the desert in the following four months before evaporation and transpiration takes place.

The Red Sea is a located between Africa and Asia and has a very rich ecosystem comprising of over 1200 fish species. Over 10% of these species are unique to the Red Sea reef and includes 42 deepwater fish species. This rich diversity is hugely contributed by the 2000km of coral reef throughout the length of its coastline. The reefs are between 5000-7000 years old and are made of porites and Acropora corals. These reefs are home to 44 species of shark. The Red Sea has numerous offshore reefs with several true atolls that defy the normal coral reef classification methods. 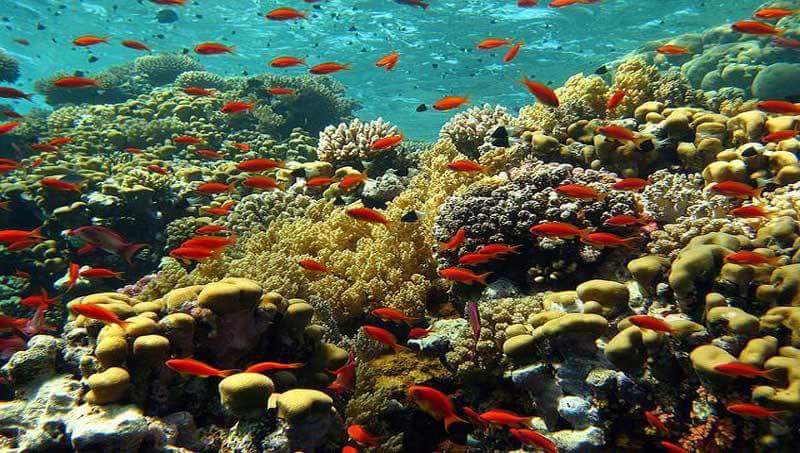 This is a yearly event that takes part in the game parks Serengeti located in northern Tanzania and Maasai Mara in southern Kenya. It is spectacular as it is comprised of many game animals majorly Wildebeests, zebras, and gazelles that move in large numbers in a clockwise movement starting from Ngorongoro Conservation area in the Serengeti. 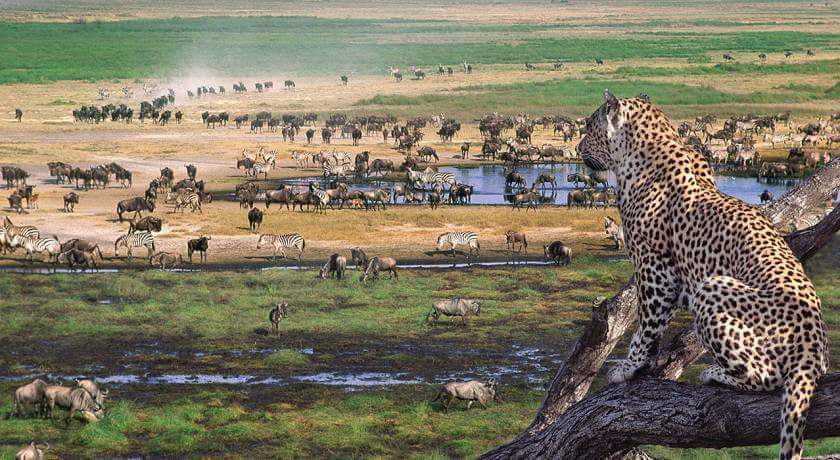 The migration is as a result of the availability of grazing starts with over 250 000 zebras followed by over 1.7 million wildebeests. When crossing the Mara river is a major Safari attraction as crocodiles await the crossing animals crossing into Kenya from Tanzania. 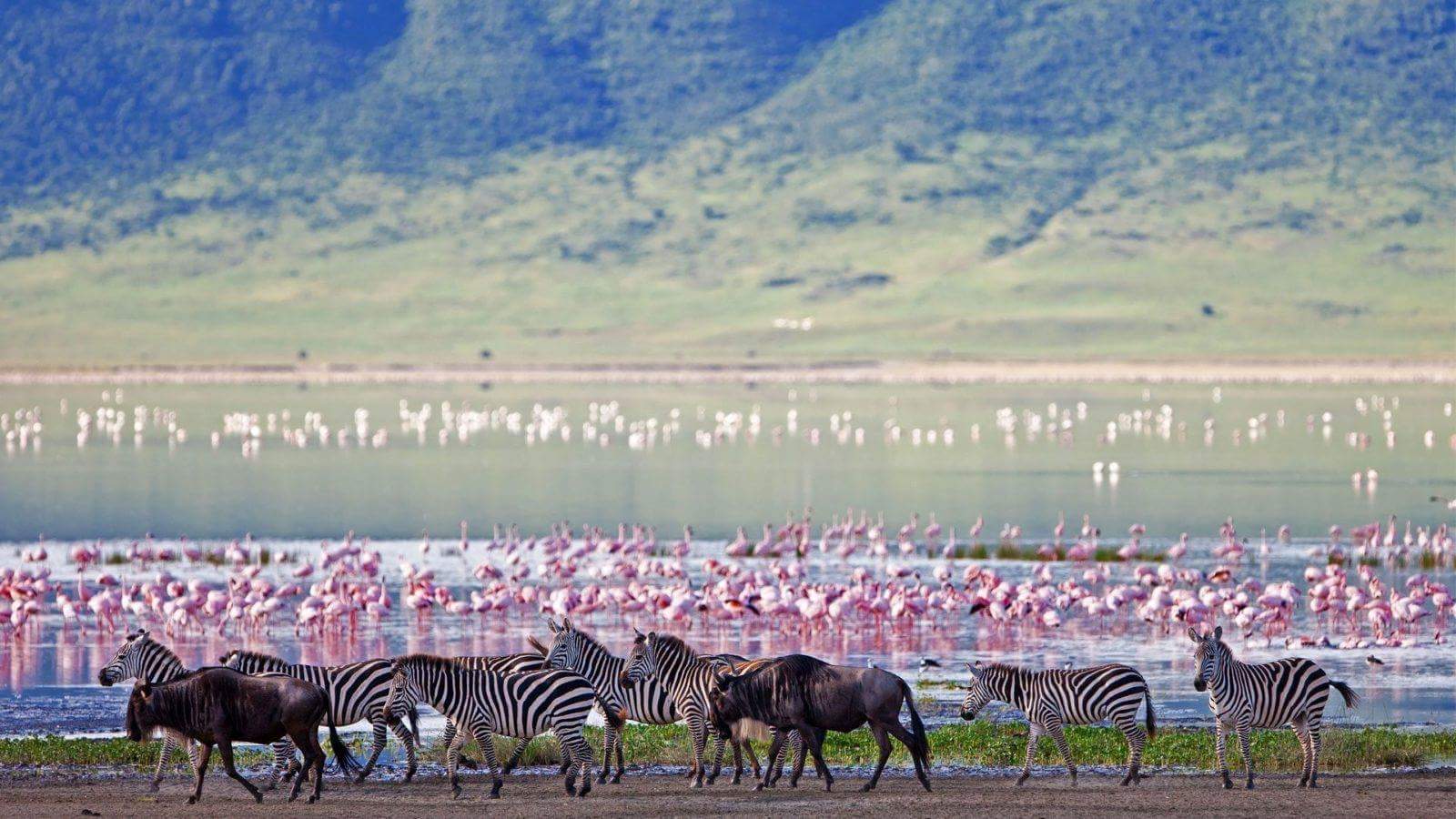 This is the world’s largest inactive and unfilled volcanic crater and is found in Tanzania. It was formed 2 to 3 million years ago after a huge volcano flared up and slumped on itself forming a 2000 feet deep crater. At its base, it covers an area of about 100square miles and is at an elevation of 5900 feet above sea level.